Being Ignored At Work May Be Worse Than Being Bullied 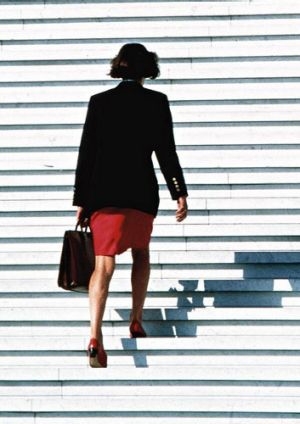 Have you ever felt that your office resembles a grown-up version of high school? Are there gabby cliques and BFFs gossiping near the coffee machine, while a few lonesome individuals stand off to the side, ignored? Well, a new study out of Canada says workplace ostracism — being ignored or excluded from a group — may actually be far more harmful than most suspect.

Researchers at the University of British Columbia’s Sauder School of Business studied the impact of ostracism on employee health and morale and discovered it can be more harmful to one’s mental and physical well-being than harassment or other forms of bullying. The results of the study were published online in April in the journal Organization Science.

Sandra Robinson, co-author of the study and a researcher of workplace behaviour for over a decade, defines ostracism as when other people fail to socially engage an individual in a way that would normally be expected in the situation. Citing examples of people being ostracized, Robinson explained to HuffPost that “people may fail to invite you to meetings you should go to” and noted that other times a person might feel ostracized include “when you walk up to the water cooler, people go silent; you sit alone in the lunchroom; you feel like people are giving you the silent treatment. The variety is endless, but the sense is that you’re not receiving back what you normally would expect in a given situation.”

To determine the effects of this type of behavior, Robinson and the three other members of the research team studied the responses to a series of surveys they distributed to managers and employees across many organizations. First, they asked 90 managers about their perception of ostracism compared to bullying in the work environment.

“We found that ostracism was seen as more socially acceptable, less likely to get the actor in trouble at work, and also it was less harmful than bullying behavior,” she told The Huffington Post.

But, as the researchers found, ostracism can have just as bad — if not worse — of an impact on a worker as bullying.

The findings of the study revealed that having no role to play in work culture “was more detrimental to one’s well-being than having a negative role to play.” The effects of ostracism were not only detrimental to employee health, they were also found to affect people’s job performance and satisfaction. Of the 1,300 surveyed in Robinson’s study, the people who reported having experienced ostracism were more likely to feel job dissatisfaction, were significantly more likely to quit, felt less committed to their work and experienced greater health issues.

Researchers also compared the results of the surveys with turnover rates three years after the surveys were conducted and “found that people who reported feeling ostracized were significantly more likely to have quit,” per the study.

“Most of us probably would think it would be better to be invisible than to be bullied or harassed at work. Yet when you talk to the people having experienced it, that’s not the case, and our data shows that. Anecdotally, people say to be ignored and invisible at work is extremely painful,” Robinson told HuffPost.

According to a recent Zogby poll for the Workplace Bullying Institute, nearly a third of Americans reported suffering abusive conduct at work. Robinson says ostracism is a form of bullying, though many might not consider it so. She hopes further research will spread the message that it can be just as impactful than harassment.

Managers can go a long way to educate their employees that this treatment is just as unacceptable as sexual and verbal harassment and should be absorbed into workplace bullying policies, Robins says.

“There is a tremendous effort underway to counter bullying in workplaces and schools, which is definitely important. But abuse is not always obvious,” Robinson said in a written statement released by the University of British Columbia. “There are many people who feel quietly victimized in their daily lives, and most of our current strategies for dealing with workplace injustice don’t give them a voice.”

Surfing the Web at Work

Is a Poisonous Attitude Reason to Fire an Employee? Tackling sexual harassment at work: The building blocks

Five Ways To Deal With Rudeness At Work
Latest News
A Word of Advice Before You Resign From Your Job Move Over Maslow: 3 Simple Ways to Motivate Your Employees 5 Key Elements for Human Resources Changeover 10 Best Job Interview Tips for Jobseekers 4 Signs your Resume is screaming Unprofessionalism all over 5 Leave Management Tips for HR Managers Career Progression In Nigeria: All You Need To Know To Outsource or Not to Outsource View More