EMPLOYERS RIGHT TO TERMINATE OR LAY OFF IN NIGERIA 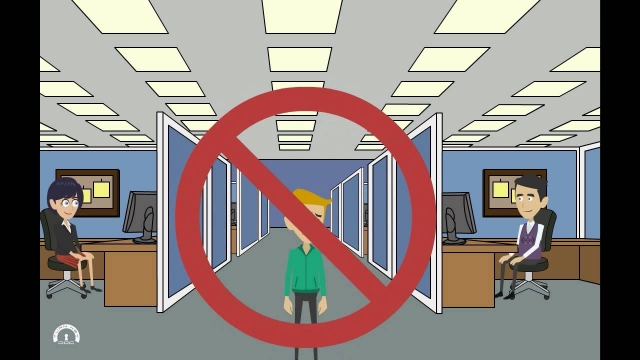 In every contract of employment certain terms and conditions are paramount. Essentially, the basic requirements of ordinary contracts also apply to contracts of employment. There must be offer, acceptance and consideration. This means that the employer has the right to employ and the employee has the right to be engaged as an employee and basic remuneration must be paid as at when due. However, a very crucial issue is the termination of this contract. This issue has led to a lot of contention that sometimes degenerates into legal action in court.

The employees’ departure at the instance of the employer is known as involuntary termination. There are basically two types of involuntary termination often referred to as being laid off or fired/dismissed. In Nigeria there has been an insufficient distinction between a lay off/termination of an employee’s employment and a dismissal. This article seeks not only to examine the right of an employer to terminate employees’ employment but also to sort out the distinction between a lay off and a dismissal.

This is a lesser form of involuntary termination. This is usually not strictly related to personal performance but instead due to economic pressure or the company’s need to restructure itself. The firm itself might be going out of business or a change in the function of the employer (for example, a certain type of product or service is no longer offered by the company and therefore jobs related to that product or services are no longer needed).

Often, layoffs occur as a result of ‘downsizing’, ‘reducing in force’ or ‘redundancy’. These are not technically classified as firing in the sense that employees who are laid off enjoy some benefits.

It is worthy to note that the notice takes effect on the day after it has been given. A notice of termination of employment must be clear, definite and certain. The date must be specific and the notice shall contain enough information and detail to leave both the giver and more especially the recipient in no doubt as to the intendment of the notice and the exact time it is to take effect.

The Nigerian case of Ogunsami v. V.C.F. Furniture W.A. Ltd. (1961) ALL NLR 862 where the court considered the following as factors that determine what reasonable notice is: the nature of the employment, the length of employees’ service with the employer and the fact of monthly payment of wages.

Secondly, salary (wages) is paid in lieu of notice. This is a generally accepted mode of bringing a contract of employment to an end. Payment of one month’s salary in lieu of notice or for any length of time as agreed. The Nigerian Labour Act also provides for this in section 11(6) that:

Nothing in this section shall prevent either party to a contract from waiving his rights to notice on any occasion from accepting a payment in lieu of notice.

An employer is entitled to opt for the dismissal of his or her employees instead of termination, where the conduct of the employee is of grave and extreme concern that it undermines the relationship of confidence which must exist between an employer and an employee. These conducts could include disobedience, insubordination, incompetence, verbal or physical violence, assault and battery, etc. Dismissal from employment carries no incidence of notice but only a letter or words of mouth to communicate the dismissal. This is born out in section 11(5) of the Nigerian Labour Act which states that:

Nothing in this section affects any right of either party to a contract to treat the contract terminable without notice by reason of such conduct by the other party as would have enabled him to treat it before the making of this Act.

Even though the Labour Act in the above section has not used the word ‘Dismissal’, the Act invariably defines dismissal as termination of contract of employment without notice by reason of such conduct as would have entitled the employer to treat it as in the case of a lay off. Dismissal carries a stigma which deprives the dismissed employee of the benefits which terminated employees enjoy such as retirement benefit.

What determines the wrongful termination or dismissal of an employee’s employment is not whether there was fair hearing at the time the case of the termination or dismissal occurred but whether the terms and conditions of the written contract of employment where adhered to. Where there is no written contract of employment, the courts will refer to the general practice of trade or industry terms and conditions. This is the reason why many employers prepare a standardised and encompassing contract of employment with an accompanying staff handbook for all their employees. An employer’s policy simply increases the severity of a penalty each time an employee breaks a rule. Typically, a policy progresses from oral warnings to written warnings, suspensions and then termination. That way, employees would not be surprised when they reach the end and are fired. By taking the surprise out of the firing or dismissal, the employer lessens his or her exposure to a wrongful termination lawsuit.

The right of an employer to terminate or layoff an employee is a right that is sacrosanct and deeply ingrained in labour law. This right however has been prone to abuse by Nigerian employers where there seems to be the belief that an employer has the legal authority to hire and fire at will. There is a need for employers to change their attitudes towards termination and layoff. In this regard labour unions and activists have a crucial role to play in concientising employers about the limitations of their rights to terminate and layoff. Employees must also be educated about their rights with regard to termination and layoff. A wrongful termination or layoff would not only adversely affect the employee but all those who depend on him or her for sustenance.

Are Employee Handbooks Required by Law?
Latest News
A Word of Advice Before You Resign From Your Job Move Over Maslow: 3 Simple Ways to Motivate Your Employees 5 Key Elements for Human Resources Changeover 10 Best Job Interview Tips for Jobseekers 4 Signs your Resume is screaming Unprofessionalism all over 5 Leave Management Tips for HR Managers Career Progression In Nigeria: All You Need To Know To Outsource or Not to Outsource View More