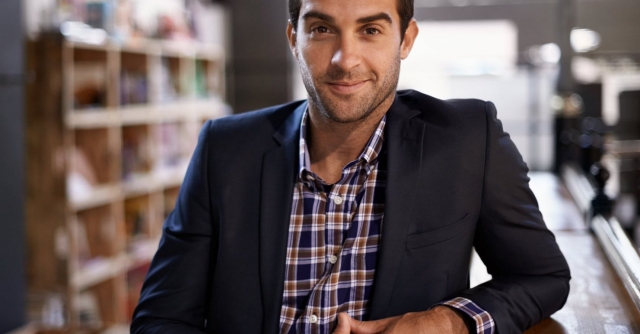 A recent review of the National Industrial Court's  decision in the case of Mr. Ebere Onyekachi Aloysius v Diamond Bank Plc. [2015] 58 N.L.L.R 92 has again brought to the fore arguments on the seeming inelastic jurisdiction that the NIC is (now) clothed with, no thanks to a 'sweeping' alteration to the nation's organic law. I refer to Mrs. Efe Etomi and Elvis Asia's co-authored piece on 'The Power of the National Industrial Court – A Review of ALOYSIUS v DIAMOND BANK', published in THISDAY Law (pg. 11) of the 31st day of May 2016 issue.

In more specific terms, the quarrel here is with the NIC attempting to re-write labour law from a fairly settled prism of master-servant relationship wherein the former is endowed with the power to 'hire', and can/may simply terminate the latter, an 'hireling', for reason, or no reason at all. The NIC, in Aloysius' case, will have none of that and was quite emphatic in declaring 'that the Court can now move away from the harsh and rigid common law posture of allowing an employer to terminate its employee for bad or no reason at all'. The Court was no less insistent in sounding a death knell on such practices in the following words: 'it is now contrary to international labour standard and international best practice and, therefore, unfair for an employer to terminate the employment of its employee without any reason or justifiable reason that is connected with the performance of the employee's work'. Considering that the NIC is a court with exclusive jurisdiction on labour and employment matters, and its decisions are, as at today, majorly not subject to appeal (except on sparingly enumerated matters stated in section 243 of the Constitution of the Federal Republic of Nigeria, 1999 – as amended), the decision in Aloysius' has clearly earmarked a new horizon; indeed a new day, for the employee. A radical departure from the applicable principle of law in a master and servant relationship the common law developed, and by which the decisions from our courts (up to the apex court) before now have proceeded. An employee can no longer be lightly discarded without a reason, as this decision arguably paves way for job status guaranteeing security of employment. The jurisprudential basis is pithily expressed as staying in sync with the global position on employment relationship, easily summed up as "International Labour Standard" and "International Best Practice".

But the review under reference thought differently. As a takeoff point, and predominantly (in) several parts of the review, the commentators argue- rightly in my view- that the NIC cannot invoke a provision, which, they further posit, is to be determinative of the employment-related dispute before the court, but which did not form part of the case, nor was it raised by either of the parties, without first calling on (the) parties to address on the point. Each case on its own facts, the 'error of judgment' in the Aloysius' case, in my view, and sharing the commentators position on the point, is that the issue, at least from the body of the judgment, appeared to have been solely raised by the Court, without the parties addressing on same, even as the decision ultimately rested on the point. At least, on the court-formulated Issue No. 1, 'Whether or not the determination of the claimant's employment by the defendant is with reason, which is wrongful', the court reviewed the position vis-à-vis the facts of the case, and concluded thus: " I further hold that the reason given by the defendant for determining the claimant's employment in the instant case, which is that his 'service was no longer required' is not a valid one connected with the capacity or conduct of the claimant's duties in the defendant bank. In addition, I hold that it is no longer conventional in this twenty 1st century labour law practice and in industrial relations for an employer to terminate the employment of its employee without any reason even in private employment."

Now, a community reading of select provisions of the establishment law, the National Industrial Court Act 2006 (specifically, sections 7(6), 13, 14 and 19 thereof) will lead to an inescapable inference: that the court is imbued with the power to grant remedies which, in its estimation, a party is entitled to in the (court's) concurrent administration of law and equity. The court is thus indubitably endowed with an overriding power to apply best labour practices across board, in its adjudicatory work. This is moreso as the NIC is enjoined, in its adjudicatory process, to always have due regard to good or international best practices in labour or industrial relations. The point, however, is that a decisive issue as the applicability of an International Labour Organisation (ILO)'s convention, or  the position that termination without reason is contrary to International Labour Standard and International Best Practice, may arguably not be taken except (i) it is/was submitted as part of the claim before the court, or recorded to have been argued as a point of law in the course of cross-arguments on the final analysis of the case; or, (ii) where the foregoing is absent in a case before the court, then the court, in raising suo motu, should invite parties to address on it before a decision predicated on same is reached. Otherwise, a decision so reached may be successfully challenged on ground of lack of fair hearing, which, thoughtfully, is a specified subject matter appeal of NIC decisions.

Be the above as it may, this writer's point of departure from the review (under reference) is whether the NIC can exercise the power to apply an ILO convention under reference having not been domesticated into a local law. On this point, the commentators argue that the NIC was wrong to have applied an ILO Convention (the Termination of Employment Convention 1982 [No. 158]) which though ratified has not (yet) been enacted into law by the National Assembly.

There are two strands to this argument (in opposition), and both wickets are adequately served in an illuminating decision of the NIC on the point. I refer to Aero Contractors Co. of Nigeria Limited v. National Association of Aircrafts Pilots and Engineers (NAAPE). First is that arguments that a ratified ILO convention, not yet domesticated, is not available for enforcement is only tenable from the prism of the Supreme Court's decision in The Registered Trustees of National Association of Community Health Practitioners of Nigeria and 2 ors v. Medical and Health Workers Union of Nigeria [2008] 2NWLR [Pt. 1072] 575 where the apex court held that, in so far as an ILO Convention has not been enacted into law by the National Assembly, it has no force of law in Nigeria and so it cannot possibly apply; relying on section 12(1) of the 1999 Constitution and the case of Abacha v. Fawehinmi [2000] 4 SC (Pt.11)1.

However, with the coming into effect of the Constitution of the Federal Republic of Nigeria (Third Alteration) Act 2010, Section 254(C)(2) thereof contains a watershed provision; a 'veiled' suggestion that treaties relating to labour matters, once ratified, do not require domestication in application, or enforcement in labour matters.

S. 254(C) (2) speaks of applicability of ratified conventions, and the opening paragraph is carefully worded to read: 'Notwithstanding anything to the contrary in this constitution', by necessary inference shutting out the proposition that an ILO convention can only become applicable if ratified and domesticated, in accordance with the provision in section 12 of the self-same Constitution. The point being that the NIC can apply provisions of ILO conventions which have been ratified even where these are yet to be enacted into law by the National Assembly as the provision of S. 254(C) (2) can only be constructively construed to mean superseding or overriding any other provision of the Constitution; the very context in which the decision in The Registered Trustees of National Association of Community Health Practitioners of Nigeria's case was handed down, long before the enactment of  S. 254(C) (2).

But that is not all.  The NIC, (per Hon. Justice B.B Kanyip) has further written to expound a most potent argument on section 7(6) of the NIC Act vis-a-vis Section 12(1) of the Constitution. For emphasis, Section 12 of the 1999 Constitution provides that "No treaty between the Federation and any other country shall, have the force of law except to the extent to which any such treaty has been enacted into law by the National Assembly." , whilst section 7(6) of the NIC Act is to the effect that: the Court shall, in exercising its jurisdiction or any of the powers conferred upon it by this Act or any other enactment or law, have due regard to good or international best practice in labour or industrial relations and what amounts to good or international best practice in labour or industrial relations shall be a question of fact.'  On the argument of domesticating ratified treat(ies) to have force of law, the NIC (in the Aero Contractor's case) commendably espoused a proposition  that the Constitution (Third Alteration) Act 2010, which inserted section 254C(1)(f) and (h) and especially (2) is the domestication demanded by 12 of the 1999 Constitution itself. The provision of section 7(6) of the NIC Act above has also been posited as meeting the said domestication requirement.

A significant matter here is that the NIC seems to be on a sure footing to apply "international best practice in labour, employment and industrial relation matters" and ensure "the application or interpretation of international standards" in its adjudicatory work. Such an approach is not brazen judicial law-making in the absence of express laws, or outmoded laws such as the extant 1970s-enacted Labour Act but evidently backed by express lettering in the intendment of the law-makers.

All said, the caveat is resoundingly apparent: employers and lawyers alike, beware. Terminating an employee' without a reason stated is no longer good law. Welcome to a new day, servant-master.

The content of this article is intended to provide a general guide to the subject matter. Specialist advice should be sought about your specific circumstances.

Are Employee Handbooks Required by Law?

EMPLOYERS RIGHT TO TERMINATE OR LAY OFF IN NIGERIA
Latest News
A Word of Advice Before You Resign From Your Job Move Over Maslow: 3 Simple Ways to Motivate Your Employees 5 Key Elements for Human Resources Changeover 10 Best Job Interview Tips for Jobseekers 4 Signs your Resume is screaming Unprofessionalism all over 5 Leave Management Tips for HR Managers Career Progression In Nigeria: All You Need To Know To Outsource or Not to Outsource View More