Presenteeism Vs. Absenteeism: Which One Is Worse? 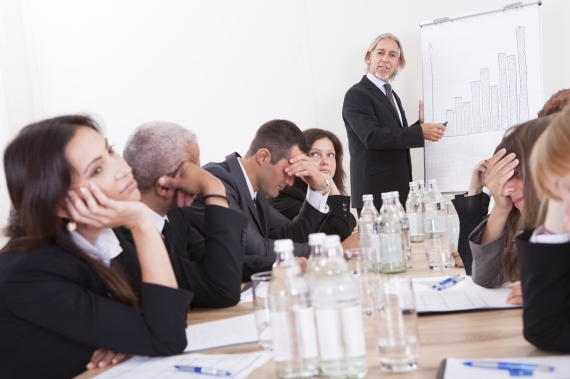 One thing I have discovered is as an organisation team size grows, it gets harder and harder to have ‘all hands on deck’.  Any news about holiday or strike and suddenly people start dropping like flies. I guess it’s to be expected. But organise a mid-year staff drinks and dinner and you’ll have 100 per cent attendance . . . go figure!.

However even if you are lucky enough to have absenteeism relatively under control, another (perhaps more recent) workplace phenomenon which business owners and employers need to be more conscious of is presenteeism.

"Presenteeism," if you're not familiar with the term, means coming to work but not being very productive due to illness, and so on.

Employers tend to prefer butts in seats even when employees aren't getting very much done. Employees, on the other hand, see showing up to work, but not getting much done, as the much bigger problem facing the modern workplace.

Employees are also much more aware of presenteeism happening on the job than managers.In sum, the modern workplace has been reduced to a classic song by The Clash.

Presnteeism also refers to when your staff come to work but for whatever reason they don’t want to be there at all and have become totally disengaged. It has nothing to do with anyone feeling under the weather or fighting off a head cold; for whatever reason your staff member has just decided they don’t want to be there any more.

The problem is they haven’t found somewhere else to go yet, so you are paying them to be there, they’re disenfranchised, and most likely becoming toxic to your environment.

They’re probably speaking negatively about your organisation to clients, sending inappropriate messages about the business to friends on Facebook (on your time) or whispering to other colleagues in the breakout area poisoning them with negative thoughts.

This is dangerous and while you’d be better off without them, that’s not necessarily an easy solution.

Here are a few tell-tale signs of presenteeism:

How can your curb presenteeism?

If you suspect that you’re paying a staff member who has clearly lost interest, you need to address it immediately.

Its a perfect time to conduct performance reviews where you can spend quality time with your individual staff members to ensure they’re still focused, that they still believe in the direction of the business, and above all that they’re still ‘on board the northbound train’. There’s no magic vaccine to prevent the spread of the negativity germ due to the potential presenteeism epidemic.

Don’t be afraid to address it with someone you think may be displaying early symptoms. If caught early, it can save you a lot of pain in the long run.