The Nigeria Labour Congress which was hitherto the only central labour organisation in the country opposed vehemently to the new 2005 Amendment Act. It was argued that the law was principally enacted to disregister the NLC, reduce its powers and control on labour as well as to check the rising profile of labour as a stiff opposition to the Federal Government most, especially, when it takes any unpopular labour policies.

The Amendment Act out-lawed strikes and lock-outs of workers and it empowered the Minister of Labour and Productivity to register de-register any union or central labour organisation. The Minister being a political appointee of the President is duty bound to listen to the dictates from the President and will not be in a position to deal with the labour issues dispassionately and devoid of any emotion.

Since the labour unions are no longer affiliated to one central labour organisation, there is the tendency to envisage the problem of leadership and factionalism. The present Trade Union Amendment Act of 2005 will definitely lead to multiple unionism and the future formation of more Central Labour Organisations is capable of leading to the formation of mushroom unions.

The new trade union amendment act of 2005 makes trade unionism voluntary in Nigeria. It broke the monopoly of the Nigeria Labour Congress. The Nigeria Labour Congress and the Trade Union Congress are now the only paralled central labour organisations in Nigeria and they are to represent the workers at the tripartite bodies. Availability of wide options for workers to join either NLC, TUC and other CLO are now opened. It does not ban strikes and lockouts completely but it makes clarifications on how strikes and

lock-outs can be legitimately carried out. Emphasis was laid on prompt and quick remittance of members’ check-off dues to their registered unions.

It has now widened the negotiation table and scope of collective bargaining since it has allowed the newly registered Federation of Trade Unions as well as other Central Labour Organisations to co-exist with the Nigerian Labour Congress. Since it is no longer compulsory to join trade unions, workers are free to leave the unions and once this happens their check-off dues are automatically stopped. There are possibilities of regular inter-unions crises and inter-federation of unions feuds in the industrial relations practice in Nigeria. The new trade union Amendment Act of 2005 is a new development in labour-management relations in Nigeria and a new dimensions to the industrial relations practice in country which is in accordance with the nascent democracy in Nigeria. There seems to be some understanding between the NLC and the TUC for now because they have jointly opposed the Federal Government withdrawal of the fifteen percent (15%) salary increase earlier given to the federal government workers. But for how long this understanding will last only time shall tell.

When an Employee Takes a Leave of Absence

Theme and Idea for Farewell Messages

Compliment an Employee for a Positive Evaluation 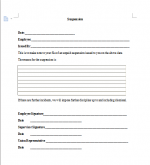 Investigation Prior to Taking Disciplinary Action Against an Employee