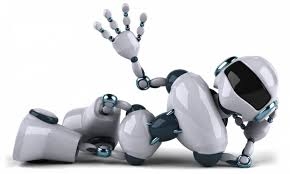 According to one CEO and TED senior fellow, 65% of jobs set to be taken up by the class of 2030 don’t even exist yet.

Ayah Bdeir, CEO of the home-invention company littlebits, a TED senior fellow, and alumni of MIT's Media Lab, believes that the jobs of the future are still blips on the horizon – meaning students need to learn a variety of skills in order to be adaptable.

Here are five of the jobs Bdeir thinks could explode in the next 15 years, as reported by Business Insider:

The line between biology and technology is blurring, with future pet owners likely to take their furry friends to people who have more of an engineering background than a medical one.

Bdeir believes robotics vets will help live animals who may have prosthetic limbs or implanted chips, or even animatronic animals that need rewiring.

In the coming decades, Bdeir suspects gamification will become even more useful in helping people de-stress and get healthy.

Microsoft is already working on technology that lets you project your body someplace else, calling it "holoportation."

Bdeir says it'll be the job of a holoportation specialist to make sure transporting someone's virtual presence to another location is seamless and natural.

Scientists aren't optimistic that we can reverse the warming effects of climate change, but future technologies may let us manipulate the climate to a certain extent.

Bdeir believes geoengineering could mitigate climate change-related damage, bringing the carbon-polluted oceans back to good health and using technology like artificial trees to suck up carbon in the atmosphere.

It may make some squeamish, but there’s a real chance doctors could grow the necessary livers or hearts in the future – removing the need for donors.

As scientists hone the process further, Bdeir says, students will have greater incentive to learn about the relationship between biology and tech.

From Planning to Execution: A Crucial Step Which Is Better: Employees Who Have Purpose or Are Engaged Top 10 reasons why your organization needs to shift to a data-driven HR model
Latest News
A Word of Advice Before You Resign From Your Job Move Over Maslow: 3 Simple Ways to Motivate Your Employees 5 Key Elements for Human Resources Changeover 10 Best Job Interview Tips for Jobseekers 4 Signs your Resume is screaming Unprofessionalism all over 5 Leave Management Tips for HR Managers Career Progression In Nigeria: All You Need To Know To Outsource or Not to Outsource View More