From Planning to Execution: A Crucial Step 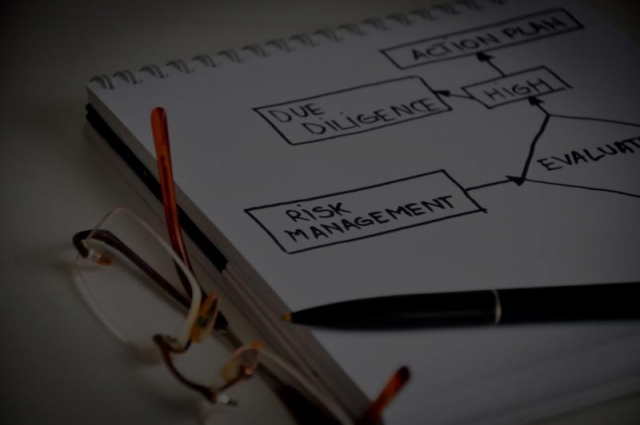 Why do your best laid plans often go unfulfilled? You have put the right people in the right jobs, empowered them to achieve, drafted an excellent plan and got the necessary buy-in and funding. Yet somehow things went into the ditch and now the project is late and over budget, delivering a poor return on investment.

The fact is, knowing the path and walking the path are not the same thing. For example, many of us know how to lose weight (exercise, eat better, etc.) Yet knowing how to lose weight and actually losing it are two totally different things. Likewise, knowing what needs to happen to execute a project successfully and actually executing it are different things. The latter is much harder. If you've had trouble in this regard, you are not alone.

The following is a true story. I happen to know one of the principals involved very well. The names have been withheld to protect the guilty.

The Big Project In A Big Ditch

A multimillion dollar consulting project for a major government agency was in trouble. The big league consulting firm was called to account, and in a panic, they called in their biggest gun to get the project back on track.

Mr. Big Gun walked in and said, "Show me your project plan." Out came the giant Microsoft Project Gantt chart with hundreds of tasks and complex dependencies. He pointed to a task that was scheduled to begin the next day - it was assigned to "Software Engineer 7".

"Okay, that's your first problem. Question two: I see you actually have a real person, Fred Silverman, assigned to this other task, and he is working on it right now. Does he agree with the estimate for that task's timeline?"

"That's your second problem. How much effort has Fred put towards completing that task?"

"Strike three! Now, was that so hard?"

The CIO of the client said, "Get this man on the contract immediately."

The big gun in this story is a little abrasive, as big guns often are, but the three questions he asked are often where projects go wrong. Let's look at the questions one at a time.

Who's working on it? "Software Engineer #7" never accomplished anything. Large project plans can span for multiple years, so it is reasonable to put placeholders in for people who have not been hired yet. Once you get within a month of the start date, however, youd better know who's going to work on each task. Not only that, but if you know, it should be in the plan so everyone else knows too. What will happen if your chosen resource is not written into the plan, doesn't know what hes working on and, consequently, hasnt told his boss what hes working on? He could get transferred, assigned to another project or booked to several, making him unavailable when you need him. That will cause your big project to slip, killing the ROI, angering the customer or both.

For smaller projects - projects that are to be completed within one budgetary cycle - you really ought to be assigning real people to tasks wherever possible.

If you have a real person, Sally, working on a task on your project, and she's been working on it for a few hours, now is the time to ask her how long she thinks it will take to complete it. Then go update your project file with her new estimate. Do that often on all the tasks people are currently working on, and you'll find out about problems long before Mr. Big Gun gets called in.

Is anyone actually working on these tasks at all? Are they only 20% complete when 80% of the budget has been spent?

Nobody likes filling out timesheets, but lets face it, you have to track per-task effort in some way in order to avoid any nasty surprises. That time data is beneficial in more ways than one  later on, you can use it for improving your project estimation techniques.

Who's the Big Gun Now?

Successfully executing your projects is not as hard as it seems, as long as you approach it the right way. Keeping tabs on who you have assigned to tasks, how long it should reasonably take them to complete the tasks and how much effort they are making are the three key components to avoiding trouble in the long run. Once you get those down, you will be able to execute your projects with ease, making your company successful and your customers happy

Facebook Twitter Google+ LinkedIn Email
Related News
Which Is Better: Employees Who Have Purpose or Are Engaged Top 10 reasons why your organization needs to shift to a data-driven HR model

5 strange jobs that could exist by 2030
Latest News
A Word of Advice Before You Resign From Your Job Move Over Maslow: 3 Simple Ways to Motivate Your Employees 5 Key Elements for Human Resources Changeover 10 Best Job Interview Tips for Jobseekers 4 Signs your Resume is screaming Unprofessionalism all over 5 Leave Management Tips for HR Managers Career Progression In Nigeria: All You Need To Know To Outsource or Not to Outsource View More