Follow Us f t in
News Employee and Employer Relations

How Do You Act On Feedback If It’s Anonymous? 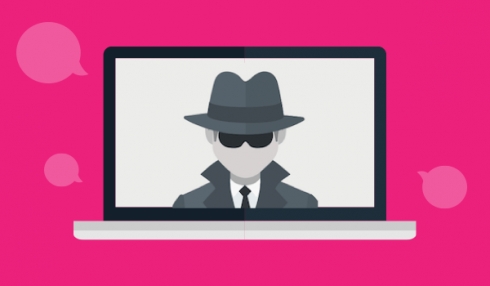 This is one of the most common questions I get at Officevibe: If we don’t know who gave the feedback, how can we act on it?

I’m not sure if the two go hand in hand, but I understand where the question comes from.

At the end of the day, does it really matter who said it? Or is the content of the message itself all that matters?

On one hand, people believe that feedback should be anonymous because it allows employees to express themselves openly and honestly, without fear of getting in trouble.

On the other hand, people think that feedback shouldn’t be anonymous, because it gives employees a forum to just vent and complain, without bringing anything of real value to the table.

No matter what side of the argument you’re on, you likely agree that employee feedback is important.

You understand the value of collecting suggestions from your team to make their lives better.

I think at the root of the argument is the question of whether managers really want to hear the truth in the first place.

I’ve heard many times before that if you remove the anonymity, people will think before they write and instead of having a knee-jerk reaction, take the time to gather their thoughts and formulate their sentence.

But is that really the point? Don’t we want unfiltered, honest feedback, no matter how raw it is?

In this post, let’s look at both sides of the argument, and then I’ll explain how it works in Officevibe.

Special thanks to Chris Abbey for sending us this question on Twitter to spark the idea for this post.

The Case Against Anonymity

Personally, I believe that the only reason anonymity is necessary is because of how much fear exists in so many companies.

It’s not about whether a filter is necessary or not, it’s a much deeper issue than that.

Creating anonymity sends the wrong message to employees. It says, the only way you can express what’s on your mind is if we don’t know who you are. If we did know who you were, you’d get in trouble.

That’s really not the message you should be sending to employees.

A much smarter message to send to employees is that they should be as comfortable as possible sharing what’s truly on their mind and they’ll never get in trouble for it.

The need for anonymity signifies a much deeper issue of trust inside your company.

It means you don’t have an environment where people are comfortable with each other.

Employees need to feel comfortable sharing things with their team members without fear.

The biggest issue with anonymity is it creates a culture of mistrust.

The managers that receive the feedback, whether they mean to or not, end up thinking “who said this?” The employee that wrote it is constantly wondering “is my feedback truly anonymous?”.

And so you have this really dishonest vibe in the culture where everyone is questioning everything, and more importantly, the focus is removed from the feedback itself.

The best leaders understand that the trick is to remove the fear, and create a culture where failure is accepted, spoken about, and learned from.

I think at Officevibe, we’ve figured out a great way to help make sure that the feedback can be specific while remaining anonymous (more on this later).

Yet in spite of all this, most companies demand that feedback is anonymous.

The Case For Anonymity

In a perfect world, you wouldn’t need anonymity when you collect feedback from employees, and everyone would be comfortable saying what’s really on their mind.

Unfortunately though, this isn’t the reality.

Because there is so much fear that exists in most cultures, employees need to be comfortable sharing what’s on their mind.

If you’re really looking to improve things at your company, you have to make sure that employees feel safe saying whatever is on their mind, no matter how bad it is.

Earlier, I argued that making it anonymous removes some of the trust from the process, but you could make the argument that forcing employees to write their name and tie it to their feedback is a lack of trust.

Why not just inherently trust them and focus on the feedback instead?

If you don’t allow for those tough conversations to occur, all you’ll get is the more “light” issues that aren’t deeply affecting the workplace.

Because of all the fear that exists in most cultures, maybe it’s wishful thinking to think the underlying problems (lack of trust/too much fear) will change.

I’m not entirely sure where I fall on the argument. I understand both sides, but I think Officevibe has come up with a great solution to make sure everyone is happy.

How We Handle Anonymity In Officevibe

There are two important features in Officevibe that I want to highlight when talking about anonymity:

The fact that people can choose whether they want to be anonymous or not is important to highlight.

We give control to each individual, because we understand that some people might be more comfortable than others letting themselves be known.

On each question that asks for feedback, there is a toggle that allows each employee to make themselves known (by default it’s anonymous).

Should you ban smartphones in the office? Are You Being a Real Leader or Just Playing the Role of "Boss?"

Ten ways that you're communicating badly with your workforce

Here’s How You Can Effectively Communicate with Clients
Latest News
A Word of Advice Before You Resign From Your Job Move Over Maslow: 3 Simple Ways to Motivate Your Employees 5 Key Elements for Human Resources Changeover 10 Best Job Interview Tips for Jobseekers 4 Signs your Resume is screaming Unprofessionalism all over 5 Leave Management Tips for HR Managers Career Progression In Nigeria: All You Need To Know To Outsource or Not to Outsource View More